I would love to be top scorer 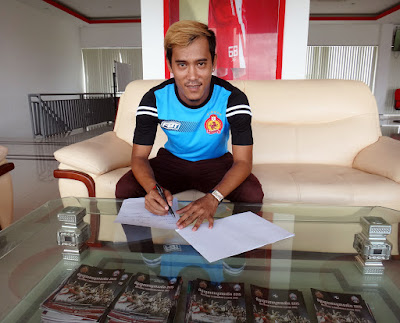 PPCFC have completed the deadline-day signing of striker Run Rany, who has joined the club from Western. Rany was the third highest Cambodian-born goalscorer in the Metfone C-League last season, with 8 goals in what was his first season with Western. Earlier this year, Rany scored against Crown in Western’s 3-1 victory at RSN Stadium, with a thunderbolt drive from 25 yards. Twenty-seven-year-old Rany (5/6/1989) was born in Phnom Penh and attended Preah Yukanthor High School, playing his early football with Kang Reach Sey and the National Defense Ministry U-19s. Following a break from football, he joined Build Bright United in the Cambodian League in 2012 for two seasons. After a year with the now-defunct Albirex Niigata, he spent 2015 with CMAC, captaining them in most of their games before his move to Western. Married with one daughter, he has also played regularly for futsal team Rolling FC for the last four years. “I’ve wanted to join PPCFC for the past couple of years, so today is a very happy day for me and I promise to do the best I can for my teammates, the club and the fans,” said the striker who will wear jersey number 18. “I am very pleased to be joining this great club and my aim is to score as many goals as possible - I would love to be the top scorer and for the team to win both the MCL and the Hun Sen Cup. That is my hope for my new team and I will do everything I can to make it happen.”