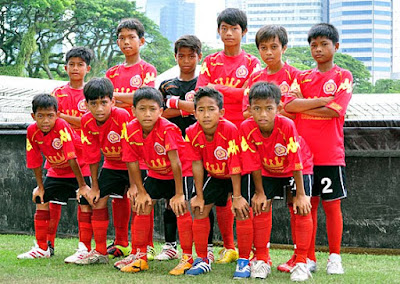 The PPCFC Academy boys in Singapore. Back Row LtoR: Rozak, Chanpolin, Senteang, Sopheak, Savary, Barang. Front Row: Bunvuthy, Sodavid, Muslim, Neout, Chansopheak.
Families involved with the Singapore Cricket Club, who arranged the Singapore Soccer Sixes tournament for adults and youths last weekend, were the hosts for the Phnom Penh Crown Academy boys. So not only did they go overseas for the 1st time and play in a 6-a-side competition against other international teams but they also visited the zoo, Sentosa Island beach, had a coaching clinic with a former England striker, Andy Cole, and enjoyed a few days interaction with local families. After a busy afternoon on Friday when they played five games, they earned themselves 3rd place in the charity youth tournament with a play-off success on Sunday. All in all a fabulous time was had by the Academy youngsters. And Crown President Rithy Samnang was there to share in the boys' adventures. 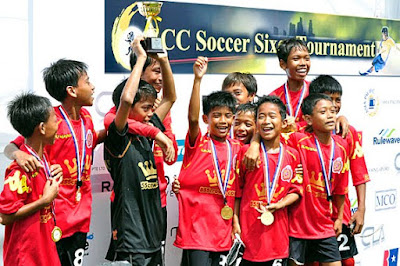 The Academy boys celebrating the presentation of their 3rd place trophy 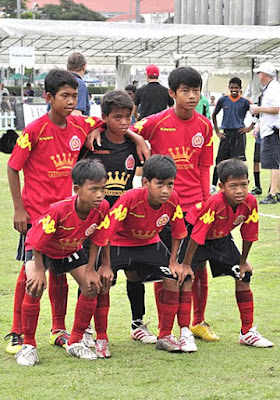 The youngsters pictured before one of the six matches 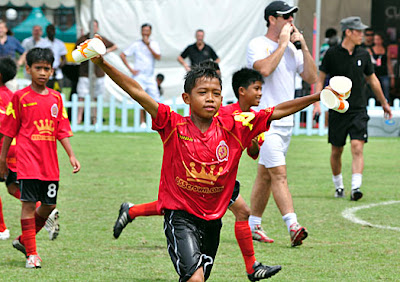 Celebrations from Pov Bunvuthy after another goal 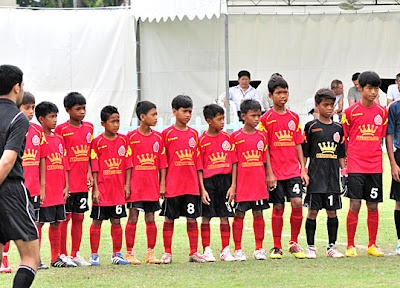 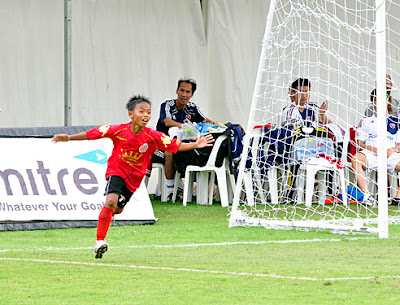 Ken Chansopheak wheels away in delight after scoring a goal 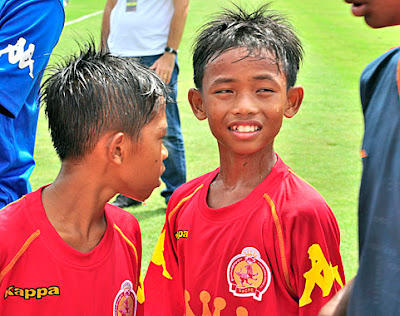 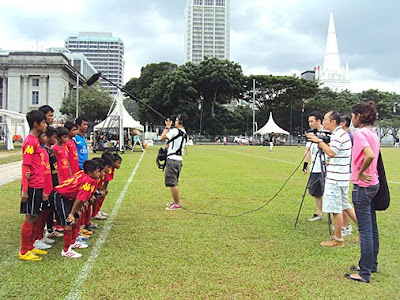 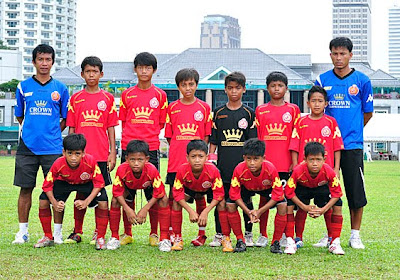 The 11 Academy boys and their coaches, Kao Kiry (left) and Bouy Dary (right) 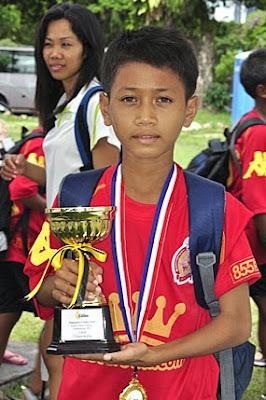 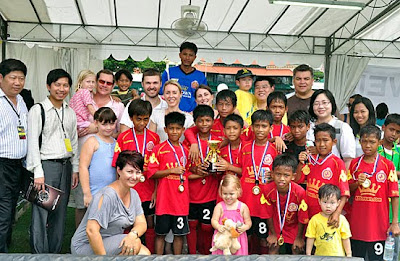 The boys and their host families with President Rithy Samnang at 2nd left
Posted by Andy Brouwer at 11:21 PM