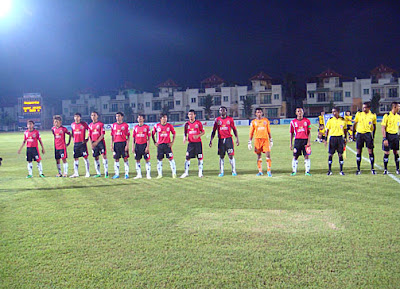 Crown line up before the kick-off last night
Whilst the result went against Phnom Penh Crown last night - they went down 4-0 to Singapore Armed Forces here in Singapore in the 1st round of the RHB Singapore Cup - and SAFFC were the better team on the night, there are some mitigating factors which throw a slightly different light on the reversal. There are no excuses when you are beaten by a better team but there are lessons to be learned for the future. SAFFC were playing AFC Champions League football last year, that is two steps above the AFC President's Cup competition that Crown recently competed in. It's effectively, Cambodia meeting Japan in an international match. That's an example of the gulf between the two clubs. It was clear on the night that SAFFC were better prepared for the match, in terms of their freshness, having not played for two weeks, and their high level experience. The average age of their starting line-up was 30 years of age, Crown's was 24. In international club football competition that is a major advantage. The SAFFC team was stuffed full of Singaporean national team players as well as 2 Croatian players - who were noticeably more accomplished than anyone else - and two naturalized foreigners at the heart of their defence. They were well drilled, very mobile, skilful on the ball and their passing was razor-sharp. They had a good day, scoring goals at crucial moments in the match, and Crown found it hard to match them. Crown missed their key defender Odion Obadin in defence, after the Nigerian wasn't granted a visa, though two players who emerged with great credit were keeper Peng Bunchhay, who was called into action a dozen times and saved a penalty, and debutant Takahito Ota, who played well in midfield displaying a good range of passes, good vision and a good engine. Crown had half a dozen presentable chances in the game, five of them in the 1st half, but couldn't break through. SAFFC were more clinical and precise in their finishing, they just shaded the attempts on goal, but found the net on three occasions before the interval. 3-0 down, the game was already in the bag for the home team. Pitching themselves against better teams will show the Crown players what standard they need to achieve to compete at this level. The finals of the AFC President's Cup will be equally competitive when they are played in Chinese Taipei in a few months time and lessons learned last night will hold Crown in good stead for that challenge that lies ahead. 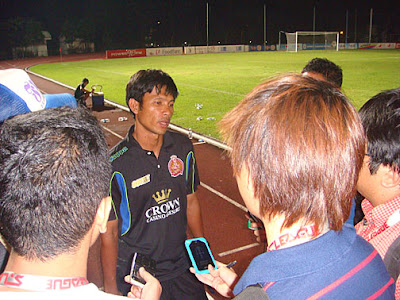 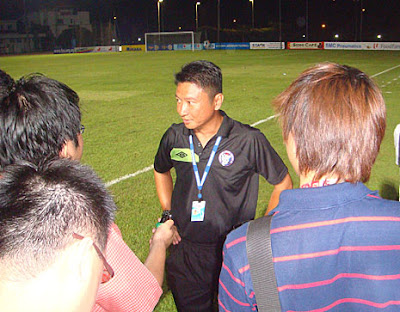 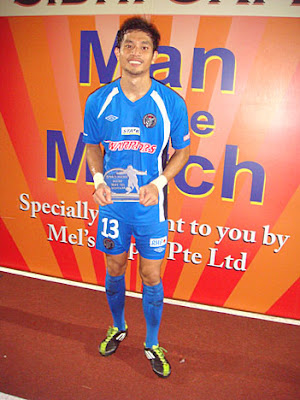 2-goal man of the match Erwan Gunawan of SAFFC 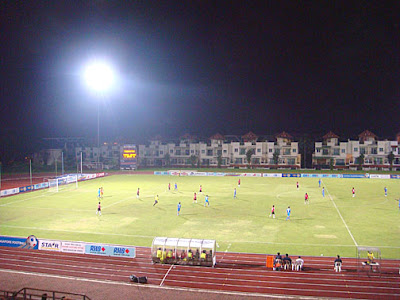 A look at the action at SAFFC's home ground 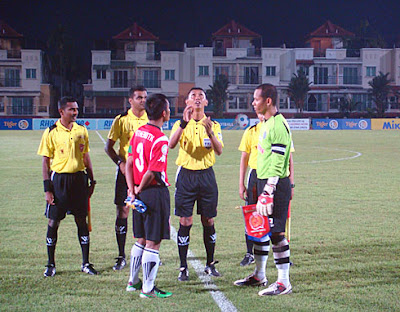 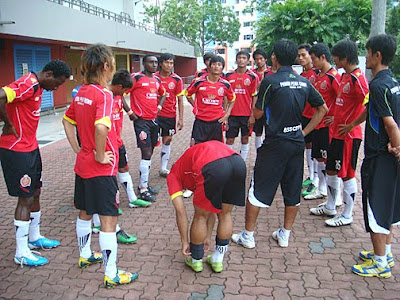 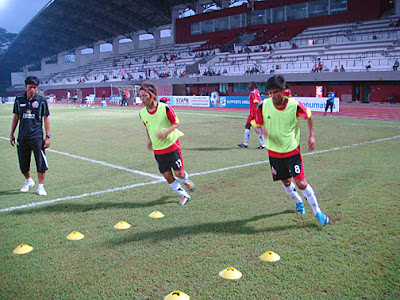 Taka Ota and San Narith going through their pre-match routine 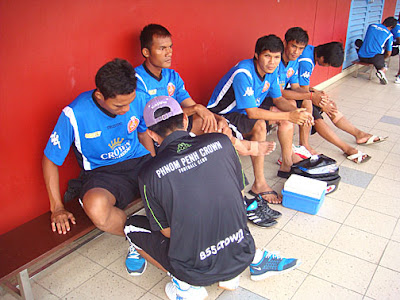 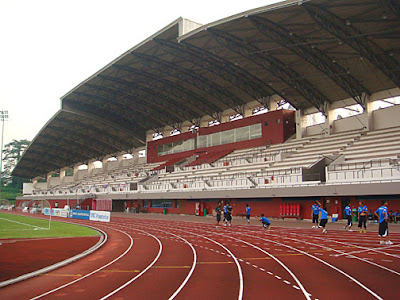 The impressive grandstand at the home of SAFFC 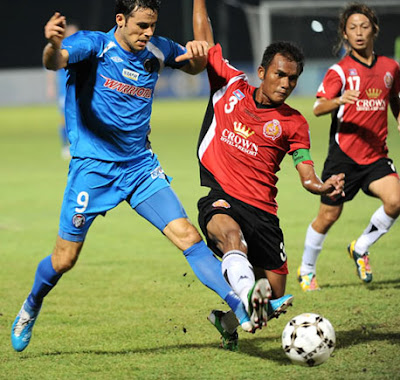 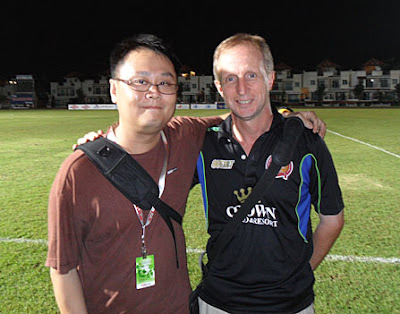 A photo with Singapore blogger Po Hui (left) from www.bolasepako.com
Posted by Andy Brouwer at 12:18 PM