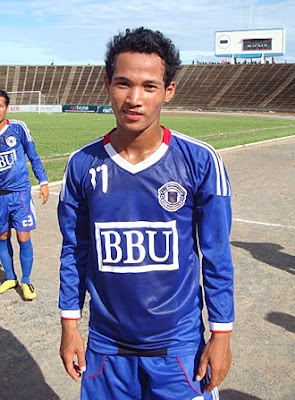 BBU beat Kirivong with a solitary goal from Pech Sina
Build Bright beat Kirivong 1-nil in Sunday's first Metfone C-League match but if Nelson Oladiji had his scoring boots on in the first-half, then the students would've been dead and buried well before the interval. Four times in the first half hour he had the BBU defence at sixes and sevens and four times he failed to hit the target, missing the upright by a matter of inches on all four occasions. It was frustrating to watch, let alone be in his shoes. After that, Oladiji faded from the game and following the break BBU got the upper hand and made it count. However, chances were at a premium so one goal was always enough to settle the points in BBU's favour. Two minutes after the hour mark and Pech Sina found himself in space and with time to lift his shot into the far corner past Kirivong keeper Koun Thnou from Oum Chandara's quick pass. A few minutes later Sina should've made it two but shot straight at Thnou. Kirivong perked up a little with just a few minutes to go but after Sos Nasiet fired a fizzing drive against the cross-bar it was too little too late for Kirivong. 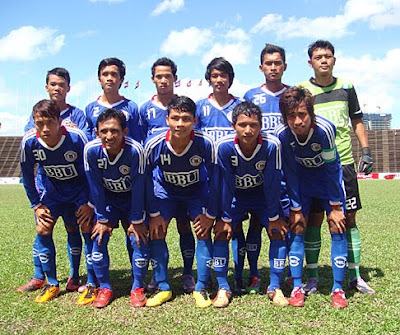 A close up of the winning BBU line-up 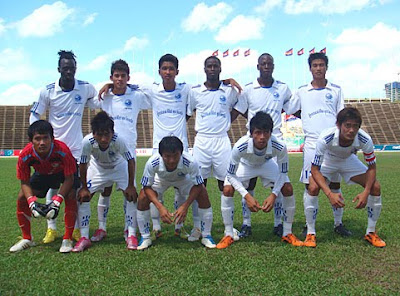 Kirivong missed some sitters in the 1st half and were made to pay
In the day's second game, the Army's miserly defence kept Chhlam Samuth at bay throughout and allowed their offensive unit to net the goals in a 2-0 success, to keep the National Defense team in 4th place. Even with four regulars missing, the Army had too much for the former Navy team and took the lead nine minutes before the half-time break. The Sea Sharks keeper Sam Chamroeun flapped at a cross from Khek Khemarin and substitute Touch Sokheng had the easy task of tapping the ball home. It was a remarkable introduction by Sokheng, who'd been on the pitch for precisely 31 seconds before his golden first touch. In time added on Chin Chhoeurn looked set to add to the total but somehow blasted well over from six yards out. Army continued to dominate and Phlong Chanthou added their second goal on the hour mark, when he met Soeung Chan Vanno's precise free-kick at the near post with a powerful header. That was about the sum of the action, though a word on Sou Yaty, the Army keeper, who again looked as assured a keeper we've seen in the C-League this season. In time added on a spat at a corner saw two players booked but for Samut's Chhim Bunsan it was his 2nd yellow card in five minutes, followed by a red once the referee had realized who'd he'd booked previously, after checking with the 4th official. Talk about scatterbrained. 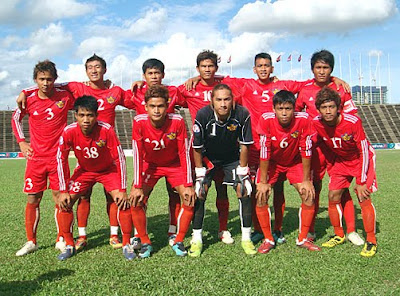 A confident Army line-up who went onto win 2-0 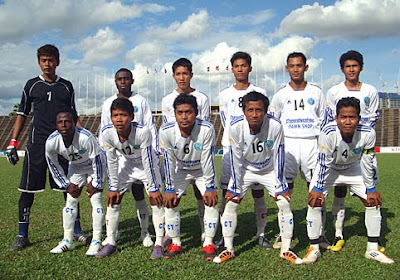