On the crest of a wave 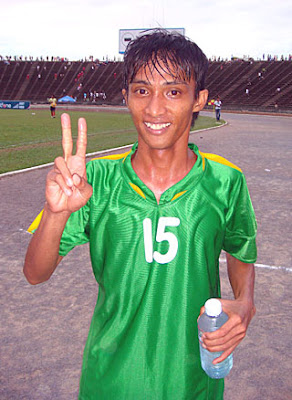 Sen Soukey, happy to net the winning goal, but uncertain about how many goals he scored or the points his team won
Buoyant after their giantkilling act against Naga last week, Prek Pra's fans came out in large numbers, eager to witness another Metfone C-League success against fellow strugglers Chhlam Samuth. They didn't have to wait long to raise the roof when Mat Hasan showed some neat footwork to cut inside his marker and fire Prek Pra into an 8th minute lead, after a smart first-time ball from Philip Ali caught the Navy defence off-balance. On the half-hour, the noise level died when Chhlam Samuth levelled with a Ros Samoeurn looping header that evaded Prek Pra's diminutive keeper Sen Mansoth, who'd initially punched Olabode Abosede's strike into the air. It went even quieter six minutes before the break as the experienced Pov Samnang rifled a 25-yard free-kick into the top corner, giving Mansoth and Prek Pra no chance. This rollercoaster of a game continued six minutes into the second period as Adebayo Jimiv steamed his way through the pack to head home Sos Hanafy's corner kick with power, to ignite the Prek Pra fans once more. And on 68 minutes they simply couldn't control themselves as their team grabbed the lead for a 2nd time, when Sen Soukey sneaked in at the near post to get his head to a Soth Sa Aun corner that sailed inside the far post. Cue the celebrations. The cheering got even louder as the tiny Prek Pra keeper Mansoth dived full length to deny Meas Sophana another equaliser and his team rode the crest of the wave to record only their 2nd win of the season and leapfrog over Chhlam Samuth in the process. 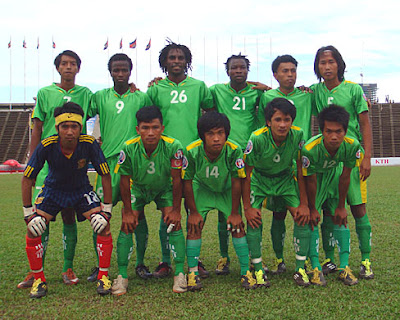 Prek Pra, cock-a-hoop after their 2nd successive victory. No, that's not a ball-boy with the headband, that's their goalkeeper Sen Mansoth. 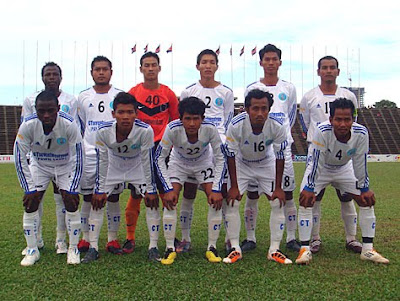 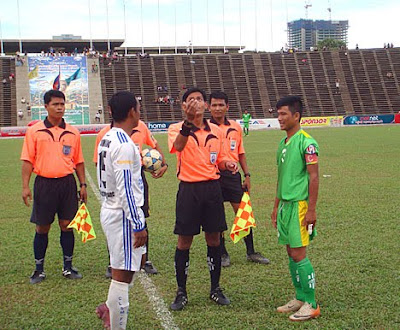