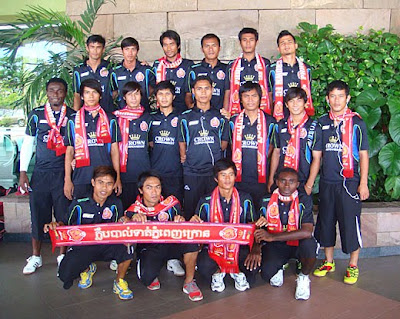 The Crown team line-up for a farewell photo at the airport in Phnom Penh
We're in Singapore but the internet access at the hotel is appalling. Hence the delay in getting online and the limited time I have available. It's taken me 45 minutes just to get access to type this drivel. We flew from Phnom Penh after lunch on one of the cheap airlines. Then picked up at Changi Airport and whisked off to our hotel, the Albert Court Village Hotel where a late buffet lunch was waiting. There was little time to rest as the players and officials boarded the bus again for the 35 minute ride to the Armed Forces Stadium at Choa Chu Kang for a training session on the pitch and under floodlights. The pitch is flat, though the ground is open-sided on three sides, with a pretty imposing stand on one side. There's a large running track around the pitch. The players ended their session with some penalty kicks as the match tomorrow will go to 90 minutes, then extra time and then penalties if necessary. On our return to the hotel, and after a late dinner, the players had to formally register with the Singapore FA and each player had to undergo facial recognition from the FA official before they tootled off to bed and we continued with a manager's team meeting to iron out the finer points for tomorrow. Takahito Ota arrived as we finished, he was held up in Phnom Penh awaiting his Cambodian visa, and as we were chatting with Jean Roger Lappe Lappe, the former Crown striker who was staying in the same hotel as us with his current team, Okkthar United from Myanmar. The players will be up and out for a run at 8am tomorrow morning.
Footnote: We've just heard that Chinese Taipei will get the finals of the AFC President's Cup in September. PPCFC had indicated their interest in hosting the finals but the AFC awarded them to the former Taiwan yesterday. 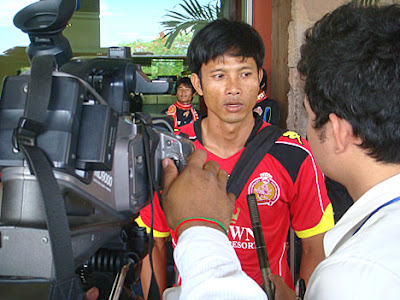 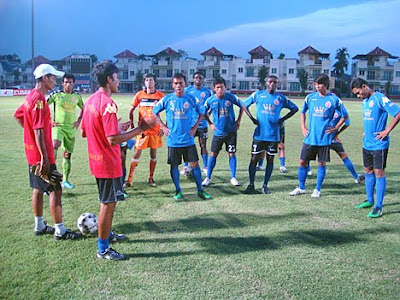 On the SAFFC pitch and under lights this evening 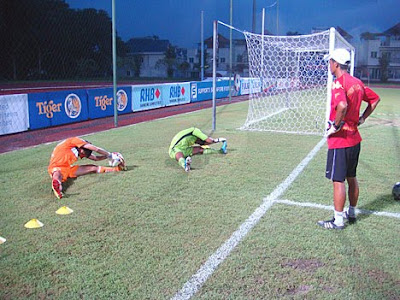 Goalkeeping coach Prak Vanny puts his 2 keepers through their paces Tes Sophat leads the team through their step exercises 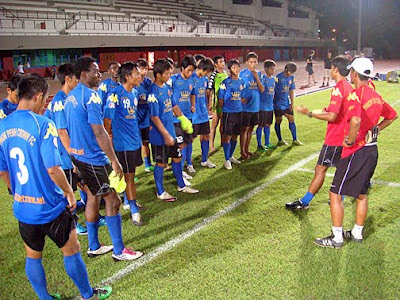 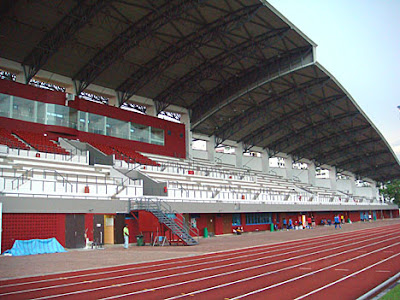 The main grandstand at the SAFFC ground The Crown players take a breather under the lights. The houses on the far side sell for in excess of $1million. 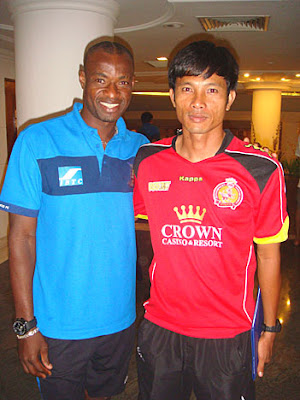 Where does lappe lappe play now ?

he plays in Burma/Myanmar for Okkthar United.