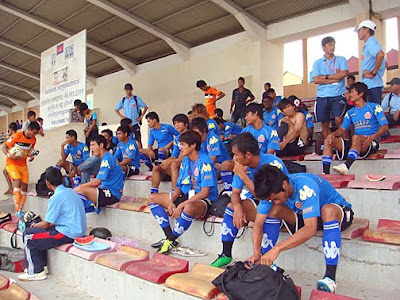 The Crown team are made made to change into their playing kit in the main grandstand
To wrap up Monday's first-half debacle against Naga Corp by the Phnom Penh Crown team, here are a few photos taken before the kick-off at the Old Stadium. Not only was the pitch a disgrace but the players were forced to change in the grandstand, without access to even the most basic changing room and shower facilities. It really adds weight to my assertion that the football federation shows nothing but contempt for the football clubs under its jurisdiction. These are the top two professional clubs in Cambodia and their players are made to change in the grandstand and play on a pitch that would be a disgrace even by local football standards in the UK. If Cambodia ever wants to be taken seriously on the international football stage, these basics simply cannot be allowed to be repeated. I played Sunday morning parks' football in the UK for nearly thirty years and would've been appalled by the pitch surface and lack of changing facilities at that level, let alone at the top of the Cambodian football structure. Effectively, it made no difference to the result but that's not the point I am making. Cambodia has to get its act together and that starts at the football federation. 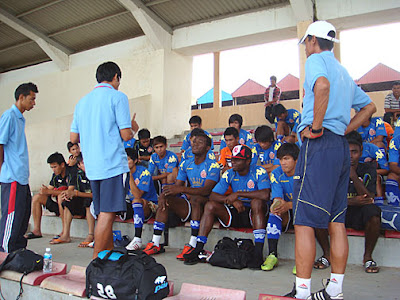 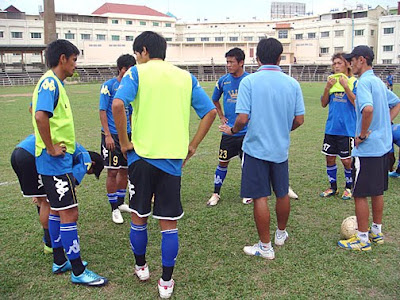 More instructions from the coach, this time on the pitch 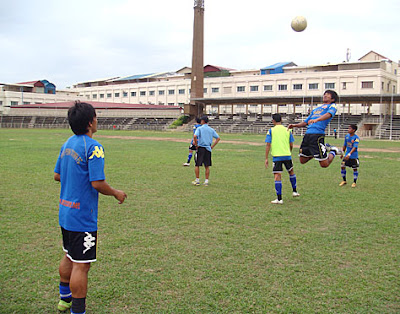 Chan Chaya leaps high to head a ball in practice 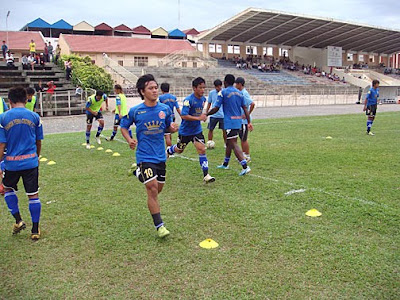 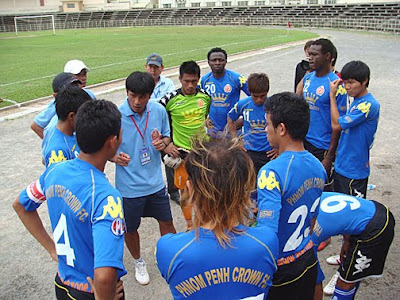 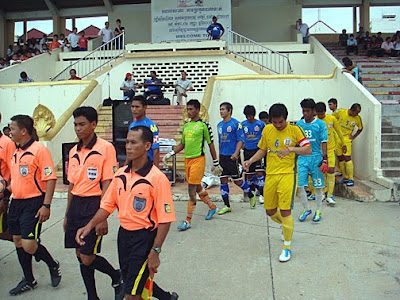 The two captains lead out their teams at the Old Stadium 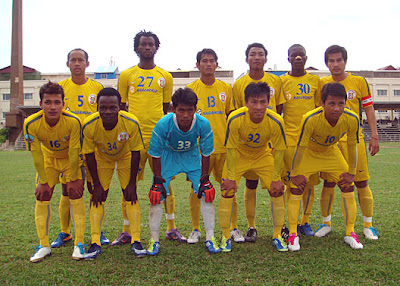 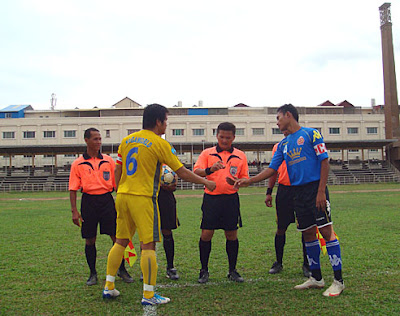 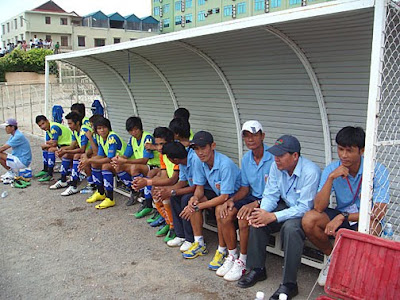 The Crown bench. From right is BouyDary, Vann Piseth, Prak Vanny and Hao Socheat
Posted by Andy Brouwer at 1:28 PM