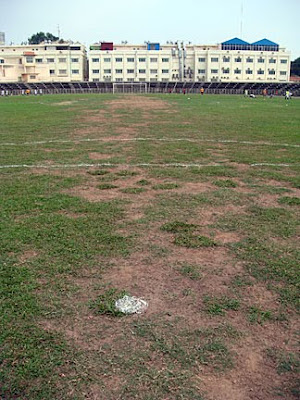 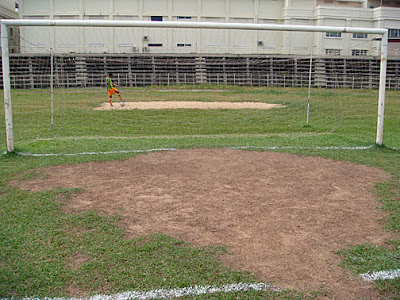 The goalmouth minus the grass playing surface. It's an embarrassment.
Above are two pictures of the playing surface at the Old Stadium, which is now home to the Army. As you can see, grass in the goalmouth is at a premium, as it is throughout the central spine of the whole pitch. To expect professional players to play on this surface and to perform at a sufficiently high level is simply not on. It's impossible to play a passing game along the ground unless you spend all your time on the flanks. The federation should not allow any more C-League matches on this pitch unless it is fully grassed. It's a basic requirement that if you are playing your country's main league competition, then it should be on a suitable playing surface. The Old Stadium surface is not suitable. It's an embarrassment.
It was great to see Khim Borey at yesterday's game. He was in Phnom Penh for the weekend to renew his visa and his presence at the match gave his teammates a nice fillip. He's made a few appearances for his team, Sisaket in the Thai Premier League, but he hasn't been selected for the Cambodian national team to play Laos on Wednesday, so he will be heading back to NE Thailand tomorrow. He will return to Crown once his season-long loan ends in October. 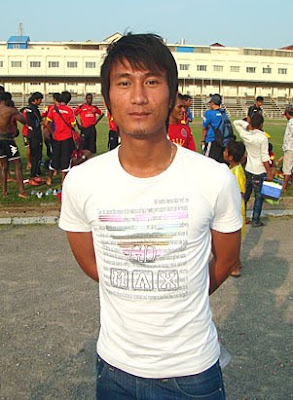 Khim Borey, currently on loan at Sisaket, at yesterday's game 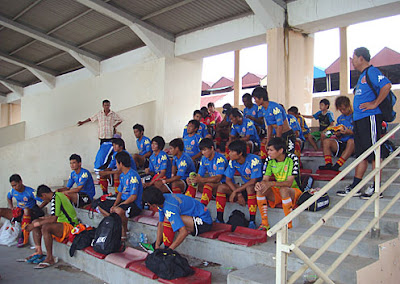 No changing rooms so the Crown players change in the grandstand. More embarrassment. 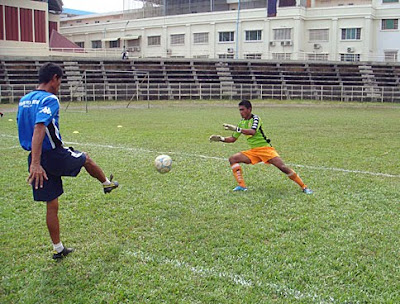 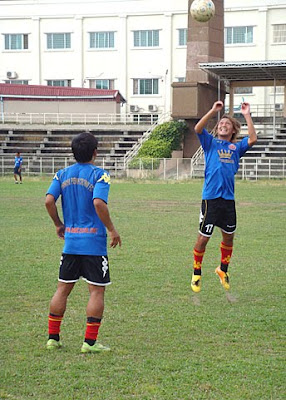 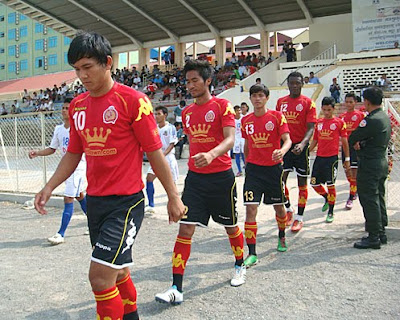 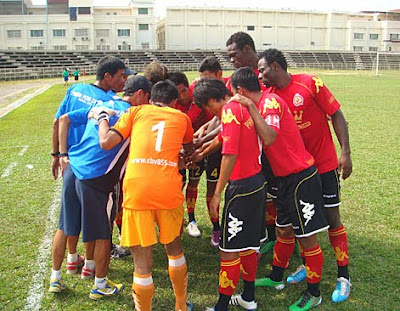 The pre-match huddle. Every team does this nowadays. 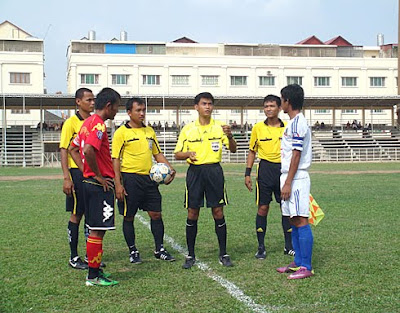 Referee Khuon Virak and Police skipper Sophal Udom (white), both had impacts on the match 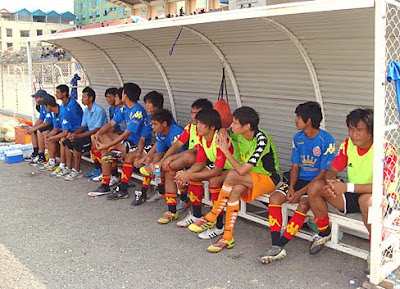 The Crown bench before kick-off, trying to ignore me 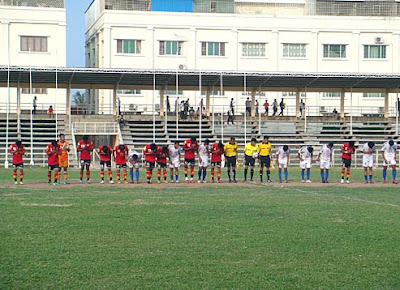 Both teams acknowledge the crowd at the end of the match
Posted by Andy Brouwer at 11:34 AM